I now advise my client’s to screen shot, and also print and save a hard copy of emails, as well as posts their partner makes about them on social media, for reasons I will explain.

In a recent trial, my client was accused of six counts of sexual assault (rape).

The complainant was his former wife.

The six allegations of forced sex were said to have occurred at about the time of the final separation.

In her oral evidence, the complainant described to the jury her former husband in terms of him being a sexual predator, taking advantage of her disability (ankylosing spondylitis) so he could commit his vile acts of sexual gratification.

What my astute client had done, was to save copies of the Facebook messages the complainant had posted about him, describing him in terms of ‘my adorable husband’ and ‘with whom I have never been happier..’ and so on and so forth.

When she was reminded of her Facebook messages, under probing cross examination from our very learned counsel, and asked to read them to the jury, the change in her disposition was telling and whilst we do not know if it was this that swayed the jury, or the emails, which I will come to, the change in her disposition was telling as was her stunned silence.

Off course, what the complainant also forgot about, were the emails she was sending at the time of the alleged rapes, to her new lover, my client’s best mate.

Now these emails were very revealing. 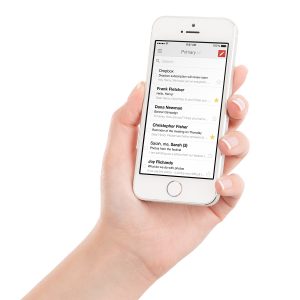 In one of them she describes how she and my client had been making consensual love for the first time in 6 months, something she had not informed the police of, when she was making her statement.

Had she done so, the police might have questioned the allegations of forced sex being made, as the timing coincided with the proclamations of ecstasy being expressed in her emails to her new lover, whom she was courting at that time, and the innocent party in this case, my client, would have been spared the stress of an electronic recorded interview and the 2 years it took him from charge to acquittal in order to clear his name.

Now there were emails in the police brief, but the complainant did not disclose the one described above. When she was asked to read it to the jury, the element of surprise she expressed was telling, as was her silence. Like a roo caught in the headlights.

Learned counsel asked her why the email had not been provided to the police, and her explanation was something like I forgot, more, I thought, like the dog ate my homework.

In his summing up, the District Court judge gave very clear and unambiguous directions to the jury, who when they retired took only a short time to return verdicts of not guilty to all six counts of rape.

There is another very sad aspect to this story.

What the complainant also did, was to repeat the allegations of rape in the Family Court against my client, and use her allegations to deny my client time with his children.

I am working with my client to try and right this wrong.

In the Family Court, experts are appointed to provide opinion evidence to the presiding judge.

In this case the failure of the expert to consider the null hypothesis, which is to say that the rapes did not occur and had been made up, produced a biased report.

I am predicting this wrong can also be righted as the report and the expert are yet to be scrutinised and tested through probing cross examination.